Ottawa, Canada – September 17, 2015 – Shopify Inc. (“Shopify”) (NYSE:SHOP) (TSX:SH), a leading cloud-based multichannel commerce platform, today announced that it has been selected as the preferred migration provider for Amazon Webstore merchants. In addition, Shopify is providing its merchants with tools and services to help customers grow their online business and easily integrate Amazon offerings such as Login and Pay with Amazon, Fulfilment by Amazon and Selling on Amazon.

“Both Amazon and Shopify are leaders in ecommerce so it’s a natural fit that we would enable our retailers to seamlessly run their businesses across either platform,” said Harley Finkelstein, Shopify’s Chief Platform Officer. “Many of Shopify’s existing 175,000+ merchants already use Amazon as a sales channel, and this will bridge the gap between our two companies, with just a few simple steps.”

Shopify is making it easier for online businesses to sell on both Amazon and other channels using Shopify. The channels that Shopify also supports include an online store, point of sale system, and buy buttons on social platforms.

Shopify merchants can access the following tools and services:

Amazon and Shopify will also work on integrations that will give Shopify merchants the ability to list products simultaneously on Shopify and through Selling on Amazon. For updates on the integrations and to register for early access, sign up at amazon.shopify.com.

Shopify is a leading cloud-based, multichannel commerce platform designed for small and medium-sized businesses. Merchants can use the software to design, set up and manage their stores across multiple sales channels, including web, mobile, social media such as Pinterest and Facebook, brick-and-mortar locations, and pop-up shops. The platform also provides a merchant with a powerful back-office and a single view of their business. The Shopify platform was engineered for reliability and scale, using enterprise-level technology made available to businesses of all sizes. Shopify currently powers over 175,000 businesses in approximately 150 countries, including: Tesla Motors, Budweiser, Wikipedia, LA Lakers, the New York Stock Exchange, GoldieBlox, and many more. 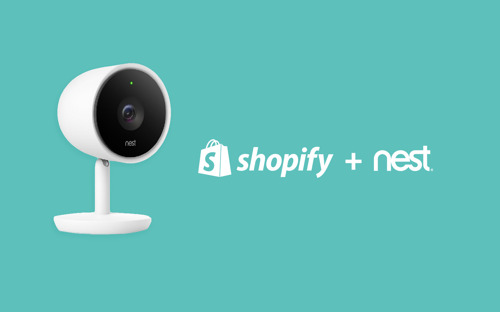