Apps play an integral role in a Shopify merchant’s commerce journey. With more than 85% of surveyed merchants saying that they rely on apps to run their businesses, Shopify has invested in redesigning the Shopify App Store to match the complexities of running a commerce business in 2018 and beyond.

Shopify’s new app store uses machine learning to power smart app recommendations. This new adaptive user experience is tailored, making it easier for merchants at any stage in their business to find the right apps they need to support and grow their business. The machine learning algorithms on the Shopify App Store are designed to make better and more useful recommendations over time, as they learn about merchants’ businesses and which apps are driving results.

“The new Shopify App Store was built to create powerful, personalized recommendations that map apps to the business goals a merchant has at any given moment. This means that if a merchant is focused on their first sale, the top app recommendations will be apps that help them reach new potential customers. If they have a ton of orders to fulfill, we’ll recommend apps that streamline their fulfillment,” said Atlee Clark, Director of App and Partner Platform at Shopify. “By prioritizing discovery, we’re evolving the app store from a place a merchant goes to fix their problems, to a place they go to drive their business forward.”

Shopify’s new app store will provide an even better platform for developers to showcase their Shopify apps and grow their own businesses. As app stores mature they can become bloated with too many options, making it difficult and frustrating for users to find the right app. This can result in a lower discoverability and download rate for apps. No matter how good an app is, it won’t get traction if it is not surfaced to the right user.

To assist with discovery and decision making, Shopify has updated app classifications to be more specific to the commerce challenge the app addresses, and restructured the app listing page to clearly communicate exactly what merchants need to know. With this new, conversion optimized layout, merchants will be able to discover apps faster, quickly understand an app’s value, and make a decision to install. While merchants enjoy a better app discovery and greater personalization, Shopify developers will benefit by getting more highly qualified leads to their app listings.

“By redesigning the Shopify App Store and the fundamental data underneath it, we can improve the results each search returns and the information Shopify merchants need to make an informed app decision before installing an app,” said Atlee Clark. “Along with recommendation algorithms, Shopify developer apps will be discovered faster and by the right merchants. We are staying ahead of the curve and making sure developers don’t have to worry about their apps being lost in the black abyss that other overpopulated app stores suffer from.”

Shopify is the leading cloud-based, multi-channel commerce platform. Merchants can use the software to design, set up, and manage their stores across multiple sales channels, including web, mobile, social media, marketplaces, brick-and-mortar locations, and pop-up shops. The platform also provides merchants with a powerful back-office and a single view of their business. The Shopify platform was engineered for reliability and scale, making enterprise-level technology available to businesses of all sizes. Headquartered in Ottawa, Canada, Shopify currently powers over 600,000 businesses in approximately 175 countries and is trusted by brands such as Red Bull, Nestle, Rebecca Minkoff, Kylie Cosmetics, and many more.

Marketing in Shopify: Simplify and Optimize Your Facebook and Google Ads 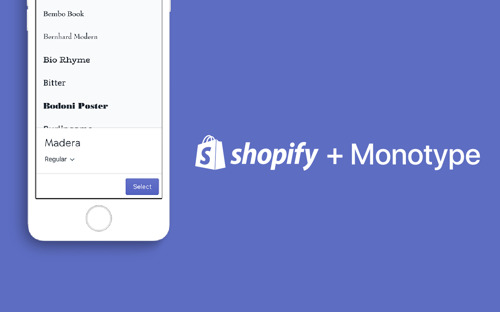