We first launched Shopify Payments in 2013 to provide entrepreneurs on our platform with the simplest way to accept payments online and in-person, without setting up a third-party payment provider or merchant account. To enable more entrepreneurs around the world, we are launching Shopify Payments in two new markets: the Netherlands and Denmark. This adds to a growing list of regions where we’ve already enabled Shopify Payments including Australia, Canada, Germany, Hong Kong, Ireland, Japan, New Zealand, Singapore, Spain, the United Kingdom, and the United States.

The solution is fully integrated within Shopify so merchants can manage their sales and financials where they run their businesses. Shopify Payments enables accelerated checkout methods including Google Pay, Apple Pay and Shopify Pay, Shopify’s own one-click checkout for repeat customers on Shopify stores. Over the last year, Shopify Payments processed over $16.6 billion globally.

To continue supporting our merchants internationally, we are working with partners to offer the most popular payment methods among consumers in each market. Whether customers prefer to pay via digital wallets, bank transfers, cash-on-delivery, invoicing or even stored value cards and vouchers, we’re helping our merchants navigate this complexity and offer the right payment methods. Last year, we partnered with Klarna to offer pay now and pay later solutions to our merchants and shoppers in Germany.

Shopify Payments is now available to eligible merchants in the Netherlands, including iDEAL as a payment method for Dutch shoppers. As an inter-bank system covered by all major Dutch consumer banks, the vast majority of Dutch shoppers use iDEAL for their online purchases. For Danish shoppers, Shopify Payments will support Visa Dankort’s debit payments. In addition, our merchants will be able to sell in either Danish Krone or Euros, while getting paid in either currency.

As Shopify continues to expand internationally, we want to ensure that our merchants have all the right tools to reach shoppers around the world. You can expect more countries and local payment methods to launch for Shopify Payments later this year. 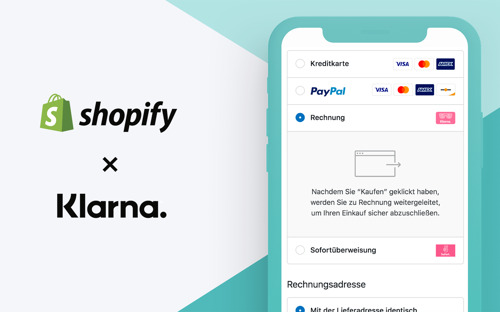